Vitamin A often has a bad name, however it is essential for healthy skin, eyes, mucous membranes, immune system and many more health processes in the body. 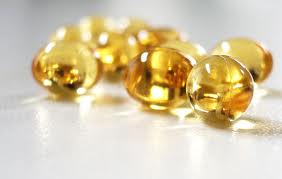 Vitamin A is one of the fat-soluble vitamins (the others are D, E and K). Beta-carotene is the precursor to vitamin A, and is readily converted into it in the body. Vitamin A is found in many foods such as oily fish, eggs, liver, and dairy products (remember though, as it is a fat soluble vitamin, it is not found in large amounts in low fat dairy products). Beta-carotene is found in orange and yellow fruits and vegetables, as well as spinach and parsley.

The two main things that people first think of with regard to vitamin A are the skin and the eyes.

Vitamin A does many other things in the body.

Care needs to be taken when supplementing any fat-soluble vitamin, and this is especially true with vitamin A.  Fat-soluble vitamins are stored in the liver and an excessive intake of them long term can lead to toxicity of the liver. Beta-carotene is far less toxic and its only sign of overdose is the skin turning a yellow/orange colour.  A therapeutic dose of vitamin A is 5,000-50,000IU, and beta-carotene is 25,000-200,000IU. The dose depends on many factors such as the condition to be treated, the diet, lifestyle, and environment the patient has, and ability of the patient to absorb it.

Always consult with your naturopath or other health professional before supplementing vitamin A.