Back in 2013 I embarked on my gluten free life. At the time I didn’t know it would be so permanent but now that I have thoroughly researched it, I am glad that I am (mostly) gluten free.

It started off by having a baby. Why would that have an impact? Well this newborn baby of mine screamed his head off every time I ate wheat. No, he didn’t have a strange phobia of sandwiches but rather, 7 hours later, the components of the sandwich ended up in my breast-milk which he then drank. It took me a few weeks to figure it out (and you can read more about it in another blog post) but he had silent reflux and the “wheat” upset his tummy. It was more specific than wheat, actually the protein in wheat – the gluten. 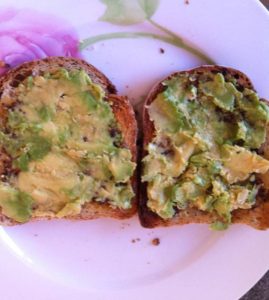 So why is gluten such a problem?

Wheat also contains another component called zonulin, which irritates the gut lining even more than gluten does and leads to “leaky gut”. Leaky gut is when the digestive system absorbs things that are not fully broken down into their simplest components. So as an example, a protein is not broken down into an amino acid, but absorbed as a full or partial protein compound. This can cause a whole heap of problems (food intolerance is one, allergies is another).

We all know that people with Coeliac’s disease cant eat even traces of gluten. It is an autoimmune disease where a reaction to the gluten protein damages the microvilli in the small intestine. These microvilli are crucial for absorbing all our nutrients, and so when they are damaged the person can get severe nutrient deficiencies. However there is another syndrome that has been coined called “Non-Coeliac gluten sensitivity”.

Non-Coeliac Gluten Sensitivity is when someone doesn’t have the autoimmune component of Coeliac disease but they still have digestive symptoms when they eat gluten.  It seems like every second person has this and many in the medical community along with the Australian Wheat Board are not convinced it is a real deal, often saying it is a trend and it is all in people’s heads. However most of my patients have this sensitivity and it is certainly not in people’s heads. When they substantially cut down wheat and gluten, they have more energy, they sleep better, their digestive symptoms disappear, their skin looks better, they think clearer, and their kids don’t have tantrums every 5 minutes.  And this is just the tip of the ice berg as to what eliminating gluten can do for you.

Some people need some naturopathic help with this as the damage to the gut can be prolonged and they may need nutritional and herbal repair. But this is usually not lengthy, and a few simple tweaks can get you back on track to having a very healthy gut. If this is you, then book an appointment with me and I can help.

So, I believe no one should eat wheat, and that we all need to substantially cut gluten out of our lives. There are so many delicious alternatives out there anyway – it is not that hard. Like my facebook page and you will see me share a lot of them there.

If you have any Qs or comments or delicious recipes to share, please comment below – I would love to hear from you.