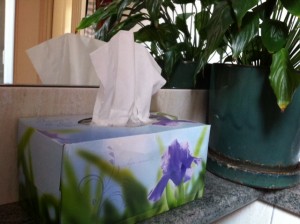 Hay fever – for those that suffer from it, can make the spring weather a dreaded time of year. Approximately 1 in 4 people can experience it. It can be very debilitating, and people who have it know which streets they can walk down, which parks they can go to, and which ones can make being outside a dreadful experience. Many people just put up with it and take antihistamines to try and reduce the symptoms. The problem with that is they often loose their effectiveness over time. The good news is natural therapies can help – to find out more, read on.

What is hay fever?

The medical name for hay fever is allergic rhinitis. It is when the nasal passages become inflamed when they are in contact with something from the environment. Most often it is pollen from plants, grasses, and flowers, however it can be anything – dust, dust mites, dander from animals, feathers (in pillows and doonas).

Usually a hay fever episode is treated with antihistamine, which either blocks the attachment of histamine to its receptors, or blocks an enzyme that makes histamine.

Naturopathy works on a three-pronged approach.

First, the symptoms are reduced – usually by herbs that reduce congestion in the upper respiratory tract.

Finally, the immune system is modulated, so it doesn’t overreact so much to the environmental trigger. This produces a longer lasting affect to the treatment.

Just before winter, or during winter is the best time to be treated for hay fever, as it will take 4 or so naturopathic appointments to make inroads in this debilitating condition. Having said that – you can come and see me any time, and we can still make progress.